On the third day of the 2021 Junior World Championships in Olbia, we met the first Vice-President of the African Judo Union, Mohammed Meridja, also Education and Coaching Director of the International Judo Federation. On this occasion he drew some initial conclusions on the participation of African countries and gave some valuable information on the projects on which the team of President Siteny Randrianasolo-Niaiko is working. 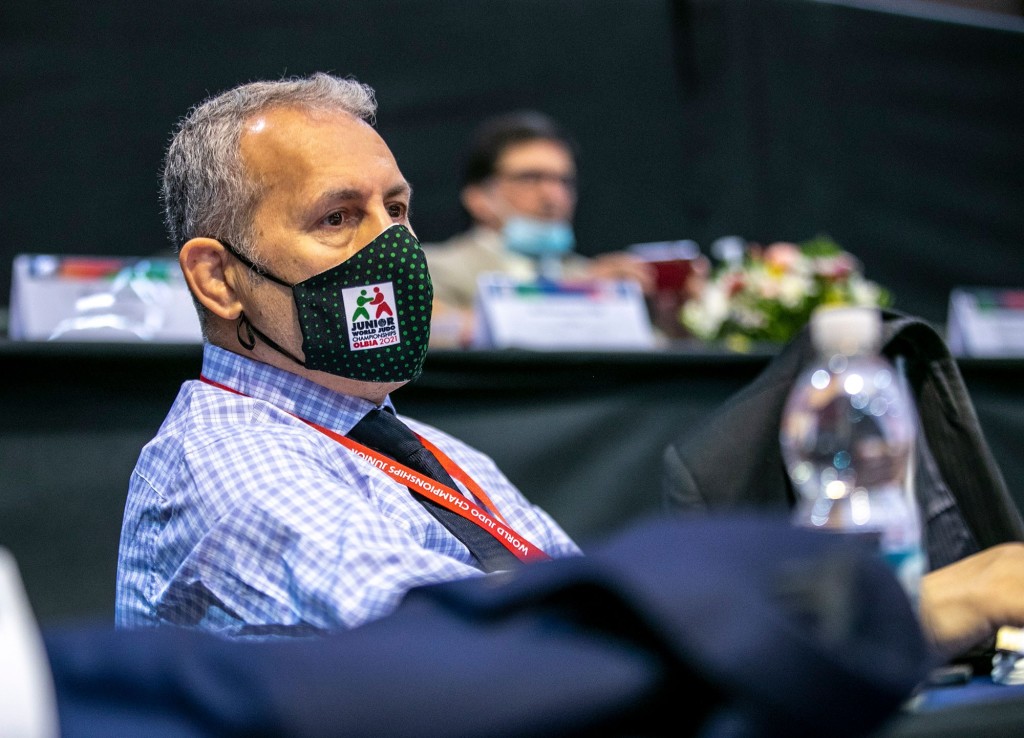 "Out of 72 countries participating in these World Championships, there are nine African countries. At first glance, this may seem relatively small, especially if you consider that Africa is a demographically young continent but you have to understand that in many countries of the continent, the current period is a period of transition, not only when it comes to the sport, but also from an administrative point of view. Many national associations are in the process of restructuring their board of directors. It is a completely logical stage as we are just emerging from the previous Olympic cycle and we are on the cusp of a new one.

It is an important year because it will have an impact on all the future development of judo in Africa. We, in the steering committee of the AJU, since the election of President Siteny, are working hard to analyse things, to find the best solutions to implement the presidential programme and to be able to give back to Africa all its glory." 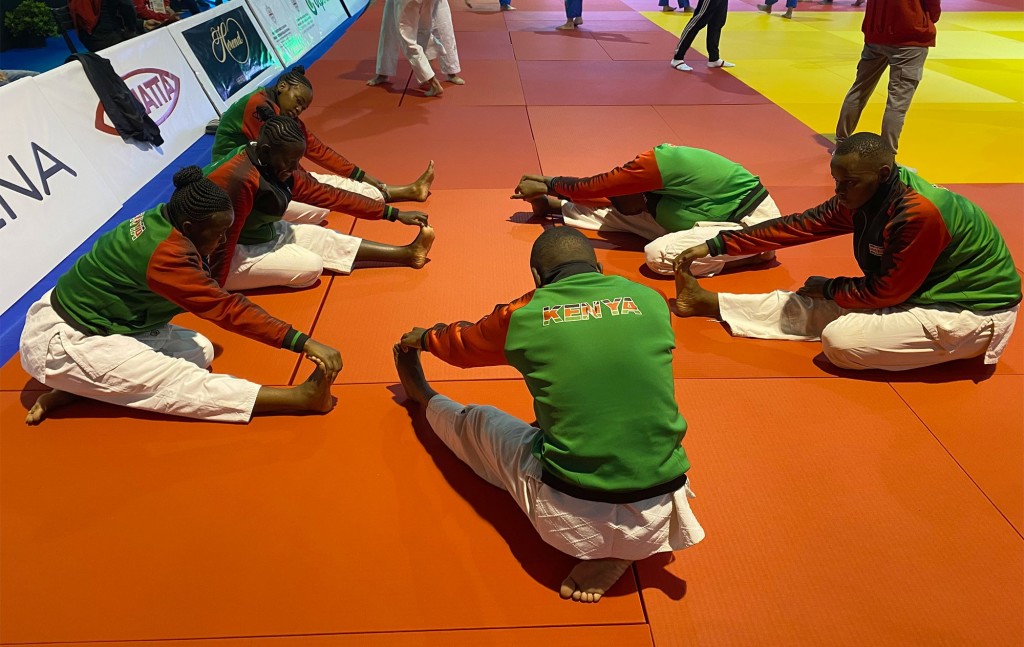 Mohammed Meridja is a connoisseur of African and world judo. As a former high level athlete, he participated in the Seoul Olympics in 1988 and he occupied several positions within the judo world throughout a long career dedicated to the sport. He does not hide that there is a lot of work to be done. "By analysing the figures, we realise that there are few African medals at the Olympic Games and especially in the last three editions there have been none. I believe that with President Siteny and with the strong support of IJF President Marius Vizer, we can change this. We have a beautiful youth in Africa, a youth which loves judo, dreaming like any athlete to reach the top of the world. For months we have been working, hand in hand with the IJF, to define the contours of the future of African judo. When I see that during the Zagreb Grand Prix, ten days ago, an overwhelming majority of the participants were juniors, we have in Africa the breeding ground to supply this factory with competitors.

We are going to put in place the necessary structures for the emergence of juniors and seniors and as a continent we are going to invest in the future. We therefore plan to create three groups of athletes: those who will have the immediate potential to prepare for the next editions of the Olympic Games, a specific group who will prepare for the world championships and the World Judo Tour competitions and a group who will more specifically prepare for the continental championships, so that they can reach the level that will allow them to go to the next step.

We need to bring together the best and compete with the best in the world of judo. The current period is very exciting because I really have the feeling that we are all working in the same direction, the AJU with the IJF and the leaders with the technicians. This is essential." 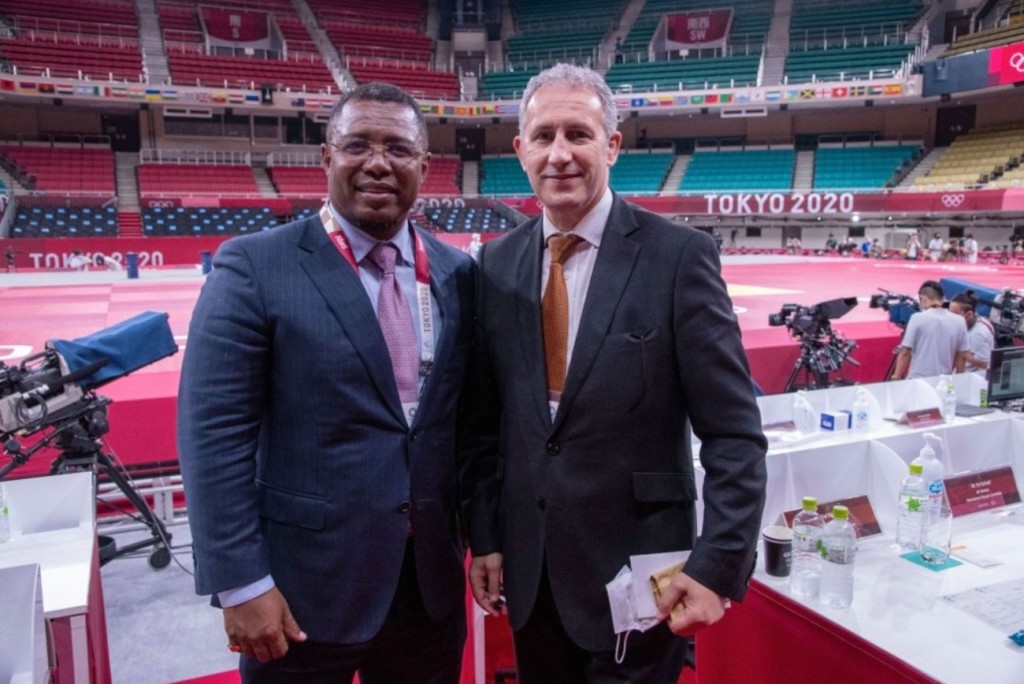 For all of this to become a success story, you have to think big, "Getting international medals is good and it's necessary because it's an incredible showcase for our sport but we also have to think about educating our youth and our federations through the values of judo. It is long-term work. For example, we must multiply educational projects such as those initiated by the IJF, such as Judo for Children and Judo for Peace and we need to find ressources for that. Thanks to these programmes, we will be able to initiate better talent detection and above all we will be able to create a more just society. What we want young people to understand is that by doing judo, they will always have something positive to learn. Some will become champions, others coaches or leaders, but ultimately they will be better citizens."

For this ambitious plan to work, everyone must do their part, "We are going to rely on multiple skills and we are also going to ask the national federations to fully invest themselves. It is only in a united march that we will get there."

Africa United, that was the motto of candidate Siteny when he ran for the presidency of the AJU. For months, behind the scenes, the new management team of the continental union has been working hard so that Africa no longer only has potential, but that it can express all its talent.

One Must Know the Way